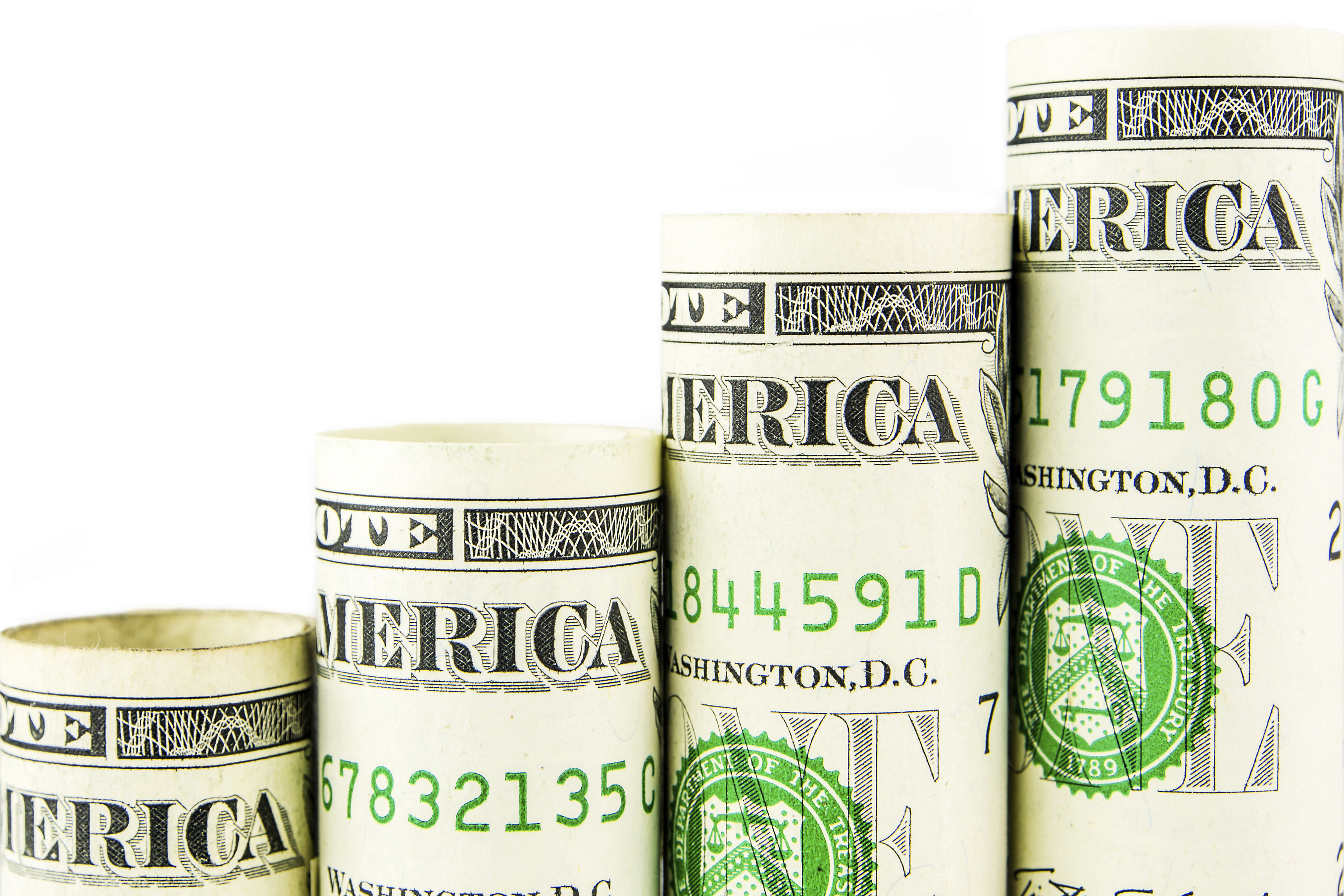 I studied hard and well and got into a great school. I was hired by a top firm and have been doing long hours on complex deals and my CV looks great. I had always hoped to end up in an in-house banking job but each time I’ve applied for something that I thought was a great fit I’ve lost out. And, there just doesn’t seem to be so many new opportunities coming up in Tokyo anymore.

Is it because Tokyo has lost ground to Hong Kong and Singapore or it is the world economy? What has happened and can I still get into an IBD legal role in Tokyo and how ?

The answer is all of the above and more. I don’t have the numbers to truly verify but the eye test suggests that Tokyo has lost 35-45% of the total banking jobs in gaishikei’s since 2008. Even before the GFC the numbers were shrinking as people and their jobs moved on to Hong Kong or Singapore or were just made redundant.

The easy answer is that there just isn’t the low hanging fruit bankers need to flourish here in Tokyo and so they went away finding the pickings more, um, fruitful, elsewhere. The GFC has quickened the reduction of jobs in Tokyo finance but there was always going to be a slide down to a much smaller market than what we have seen the past ten years. The GFC just made it happen faster.

Add onto that Japanese Corporate tax, Narita being too far away to make Tokyo an accessible Asia HQ, lack of skilled bilingual workers, the regulatory environment in Japan and we (Tokyo) can’t compete against other financial centres in Asia.

However, there are still banks and asset mgmt. firms here and most of them still have legal teams so why isn’t there more hiring going on?

There is very little turnover in finance legal jobs and as a result there aren’t too many job opportunities and of the vacant jobs few are due to business growth reasons. If you look at most (not all) legal department teams you will typically see that the majority of the lawyers there are 10+ years experienced.

The optimal team structure, they say, is a pyramid of seniority for the sake of leverage and salary expense efficiency. Tokyo’s legal departments are more shaped like a ‘T’ with a General Counsel on top. A ‘T’-structure with an Umlaut if you will

It’s simply the result of years of cost cutting and staff reductions so only the best and the most efficient remain in these legal departments. They also happen to be the most senior. Some of them are covering 2-3times as much as they used to and use law firms as external counsel to manage the workload.

There are others still that are now doing 30-40% less workload then they did 5 years ago. They are likely next on the chopping block and they know it but they’ll stay around to collect the severance package and move out of finance then.

The problem here in Tokyo is there is nowhere for in-house finance lawyers to go even if they wanted to leave their jobs.

Japan’s economy isn’t creating much in the way of new industries and opportunities for these people; so a bottleneck effect is created. In other cities senior finance lawyers would move on to hedge funds, consulting jobs, their own specialized firms or other senior counsel roles in other industries.

In Tokyo, the drop from a finance legal salary to an in-house salary with a multinational (MNC) is usually a big drop so when someone moves it’s because they are either losing their job (a job sometimes not replaced) or it’s because  they are interested in a professional/life-style change. To be sure, the latter is the minority and thus there are few new job openings in finance.

That said, Japanese banks are doing well these days but you’re not getting rich working there unless you are on the top of the pyramid. And you are not going to the top of the period unless you started there. Japanese banks do hire laterally but at a lower salary compared to foreign banks. For this reason, it’s not a heavily-travelled path for lawyers but there are signs that it is changing but that change typically takes a long time.

So to your question: How to get into a finance legal in-house role?

The late 1990’s and early 2000’s were boom markets and the exception, not the rule. Today we have fewer jobs and lots of competition for those jobs so the only way to stand out is to be unique – just like in every other industry. I think there’s been a built-in expectation of law firm associates from the late 1990’s to even today that if you join a top firm and work hard you will be rewarded with a great in-house job in time. To some degree maybe that’s still true, but only for the top Associates working with the top Partners. So, unless you are that top Associate you need to manage yourself so that you can create a career.

The difference between job and career is something for another discussion but going along with the flow is not building a career. It’s a step in building a career to be sure, but just because you are working at a Wall Street, Magic Circle or Big 4 law firm doesn’t mean you have a career. You need someone to hire you (or become Partner) for your law firm experience before you can say you have a career. And that’s not the end of it, is it? ….it never stops.

So, you need a strategy to achieve your goals. How can you make you unique? What skills do you have that are or will be in demand for the near future? I can tell you right now that if you are a junior bengoshi with private banking experience Hiroshi Kurosaka has two great jobs for you right now because – there are very few junior bengoshi with private banking experience.

If you have that experience then you are unique, specialized and marketable. And, that’s the start of a career.

You have to be brutally honest with yourself as well. Unless you have excellent bilingual skills and are recognized internally at your firm and the lead on the biggest deals, the road to your dream job is going to be tough. But there are many things you can do if you are so determined to work at a bank. I wrote about going into Compliance previously (please see Lawyers, Regulatory & the two-step).

There’s the big dog in the ‘small dogs’ park’ theory I like very much. Take your killer skills and CV to a place where you are the big dog

There are still some Asset Management firms where you can do this (be a big dog) but that window is closing. There’s the insurance and re-insurance industries where there are still a number of non-qualified lawyers in top management roles. That’s an opportunity.

There is also the career strategy of being realistic and giving up the banking dream job for a career as an in-house counsel at a multi-national (MNC). There must be industries or companies that excite you. Again, think big dog in small dogs’ park and you might be pleasantly surprised how your options change for the better – maybe not in terms of working in banking or finance but in job satisfaction.

One bright spot here is that in many regulated industries – retail pharmaceutical, online pharmaceutical, telecommunications, oil/gas, shipping, etc. – the in-house lawyer presence is quite small. This has been changing over the years. Hopefully companies in these industries will continue to value the importance of a legal department and we’ll see more jobs here.

You probably need help as well – internally and externally. Internally, your Managing Partner with good connections can promote you and your skills to his/her clients if you have an open relationship with him/her. Secondments are good experience as well and can lead to other in-house opportunities.

Externally, networking in the form of meeting other in-house lawyers that can introduce you to their managers and Head of Legal is useful – socially is best. And, the guys at Just Legal will do in a pinch as well!

So, what have we learned – the job market for your dream job is a tough road and you have to manage career by being honest about the market and your abilities. (I know what you are thinking “ground breaking work JD. Way to go. “Hey, I’m just a dog!)

But here’s one new idea, if you are not the brightest in your law firm class or honestly don’t think you can bridge the performance gap to the best in your class/year at your firm then jump in-house earlier rather than waiting. Jump before your 4th year (skip LLM or gaiben years away) and take the chance to make it in-house.

More and more banks (and MNCs) want junior talent to try to re-establish the optimal pyramid structure. So often the Associates we speak to want to wait to get more law firm experience or complete their LLM. This used to make a lot of sense. However, in today’s market, this is possibility a mistake unless you are going for Partnership and even that option (and expensive option at that) is becoming more scarce as firms are making up Partners at a much slower rate than they have in the past and that is not going to change.

So, instead of waiting until at least your 5th or 6th year to start looking in-house maybe it’s time to start trying at year 3? 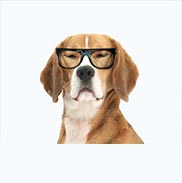 Dear Justy Dog,I have been slogging it out at my law firm here in Tokyo for the past four years. I like the firm, my colleagues are friendly and intelligent, and I am pai... read more

How can I know if I can really trust my recruiter?

Dear Justy,Love the column and all the advice. One question has been bothering me for a long time now and I hope you can shine some light on this.There are a lot of recru... read more